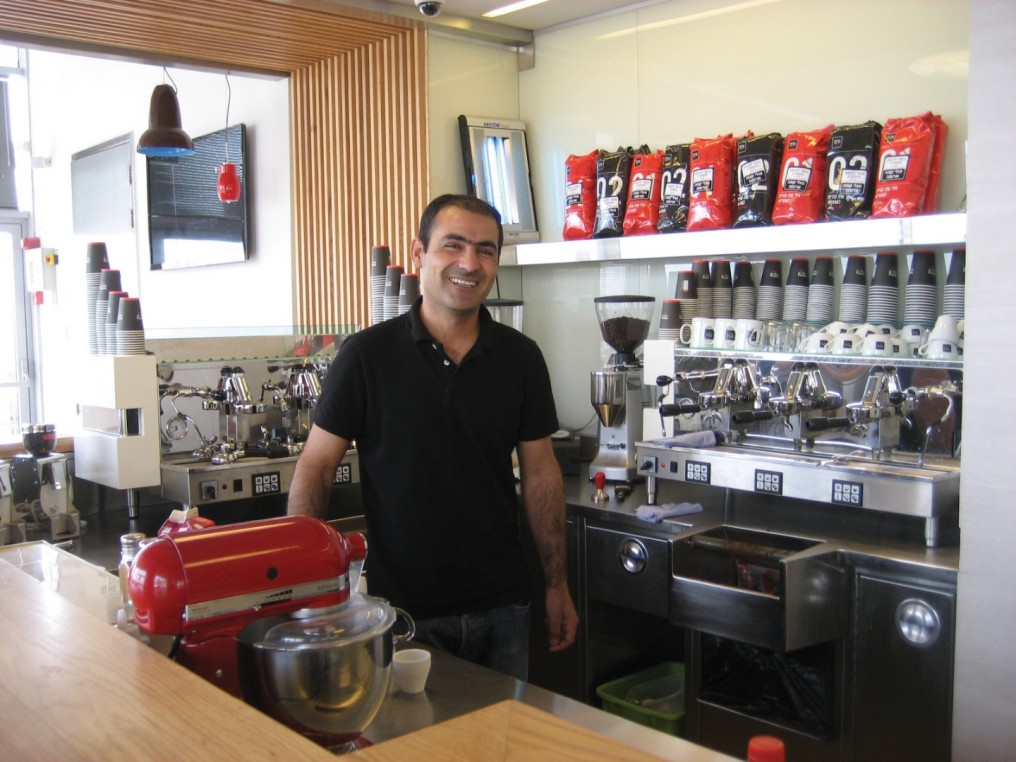 "It is important to develop the Israeli geographical peripheries which are immensely in need of growth." -- Israeli entrepreneur Balsam Halifa

Balsam Halifa recently marked his one-year anniversary as an independent entrepreneur. The ambitious 34-year-old from the Druze village of Maghar in the Galilee owns a franchise of the Israeli coffee chain Aroma Espresso Bar.

Halifa’s success is due, in part, to the work of Jewish Federations and our partner agencies. As an aspiring entrepreneur, Halifa studied Management and Industry, but during difficult financial times, he was forced to give up his studies and seek an income.

Halifa slowly climbed the ranks at the Mitzpe Ramon branch of Aroma in the Southern Negev of Israel before deciding to open a Northern Galilee location. Then came the question of startup funds.

"The loan funds in the agency's Partnership2Gether unit supported me throughout (the process), and made this whole thing possible. The staff support gave me a sense of strength and added confidence," he said.

The young businessman had an additional agenda: "The first branch I managed was in the desert of the Negev, and now I'm in the green of Galilee. It is important to develop the Israeli geographical peripheries which are immensely in need of growth."

With the help of Jewish Federations, through the funding of programs at The Jewish Agency, Halifa was able to fulfill his ambitions -- and invest in the future of other economically disadvantaged Israelis while doing so.

"Joining Aroma Espresso Bar six year ago made me realize that I'm actually practicing what I intended to learn in the first place -- and very much loving it,” he said. “I realized how much I enjoy my job and that I aspired to be a manager and better yet — an independent businessman!"

Serving Israel
Halifa invests in the future while fulfilling his dreams.