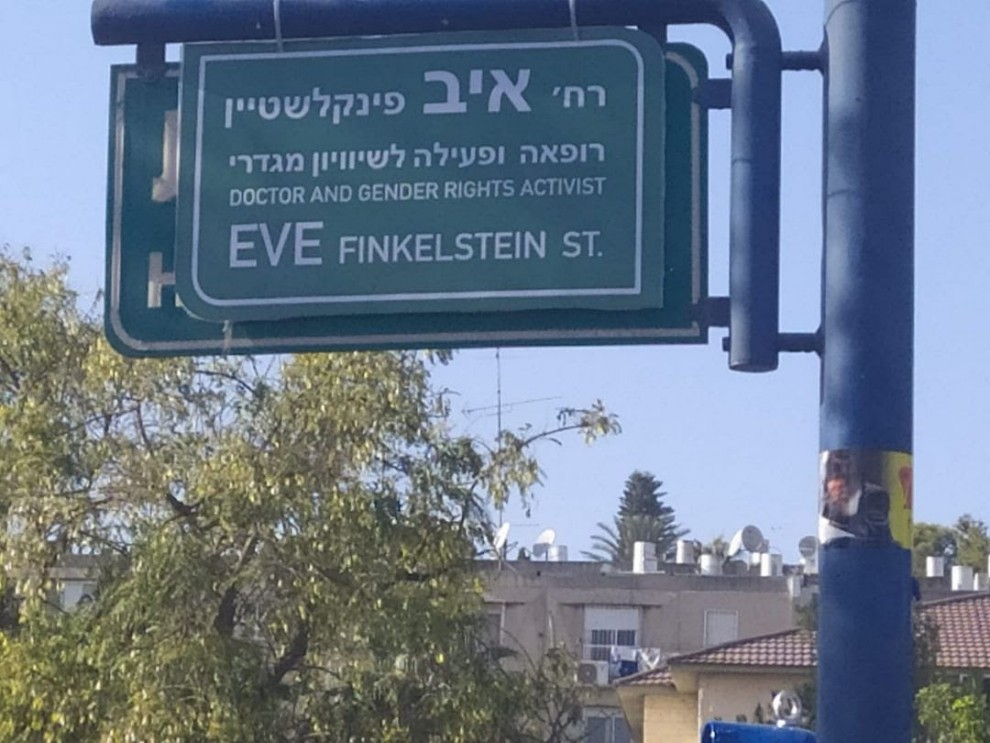 This week I noticed a Facebook post that my neighbor across the street from where I live in Israel had uploaded. The post was a picture of a sticker on a street name sign. The sticker changed the name on the street sign from “hachartzit” to the name of a woman from the community. There is a description under the woman’s name stating that she is a fighter for women’s rights.

It's 2020, and I’m disappointed that with all the important issues happening, we shouldn't still have to fight for women's rights. Especially not in a country that has mandatory army service for women and that has already had a female Prime Minister.

The town I grew up in is a very interesting town, in that most of the people in the town are Orthodox Jews. Our town has a mix of ultra-orthodox and modern orthodox practices. Many of the ultra-orthodox in my town believe that women’s names shouldn't be on street signs, shouldn't sit in the front of a bus, and more.  Many of these beliefs center around women not being too visible as to distract men. As a modern secular jew, this makes me angry. In the case of the sticker, the modern orthodox women in the neighborhood were also angry. They decided to take action. Modern orthodox women started small, by raising some money in the neighborhood and making stickers to put on mailboxes. These stickers said: “please don't put any newspapers in here that exclude women.” Next, the women made stickers of women dressed modestly and added them to the billboards in town. It turned into a “little war,” the modern orthodox women would put up the stickers, and the ultra-orthodox community would take them down.

The “little war” soon got ugly. One day, a young six-year-old girl, was headed to her school that is located right between the modern orthodox neighborhood and the ultra-orthodox neighborhood. She was spat on for “inappropriate dress code” but there was nothing wrong with the way she was dressed.

This incident started riots in my town. The protests got larger. Both with the modern orthodox women who had enough of sitting at the back of the bust and with the ultra orthodox who didn’t want signs with women’s names on them all over town.

I believe this had a major effect on the last election in my town. For the first time, the town elected a woman. She sat almost alone in a city council full of men. Those elections were so close, but our new mayor is trying her best to make a change and put women in their right and equal place.

After speaking to my dad, I found out that he had the idea that ultra orthodox neighborhoods won't write a woman’s full name on city streets but only the first letter of her name. With the help of my brother's girlfriend, who does graphic design, they changed the name of our street. I couldn't be more proud to be his daughter.